Studio Job have undoubtedly become one of the design and art world’s most notorious duos.  Founded over 15 years ago by Nynke Tynagel and Job Smeets, both Design Academy Eindhoven Graduates, Studio Job have found worldwide acclamation with exhibitions in numerous shows, and galleries.

Their aesthetic is entirely unique, as their work has been considered to redefine the concept of modern day applied arts. Most of their work is limited to very few pieces, as the craftsmanship and expressiveness of each creation goes beyond the ordinary.

“Unlike most, we are probably not coming from Modernism. Studio Job’s contribution is that we have rediscovered a lost path. Consciously and carefully, we are positioning decorative arts in the twenty-first century. Is that design? Whatever. Is that art? Whatever, really.” – Job Smeets 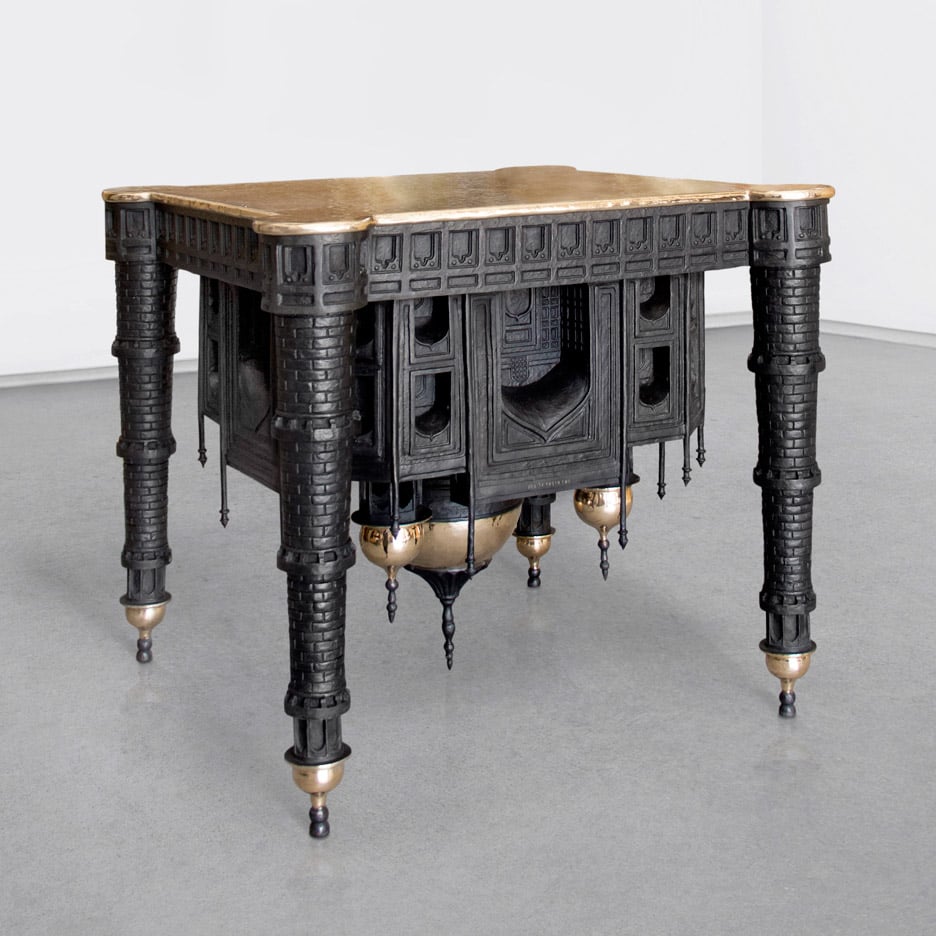 The Mad House sees one of the studio’s most marking look, the cast brass body features intricate detailing unique to their work. 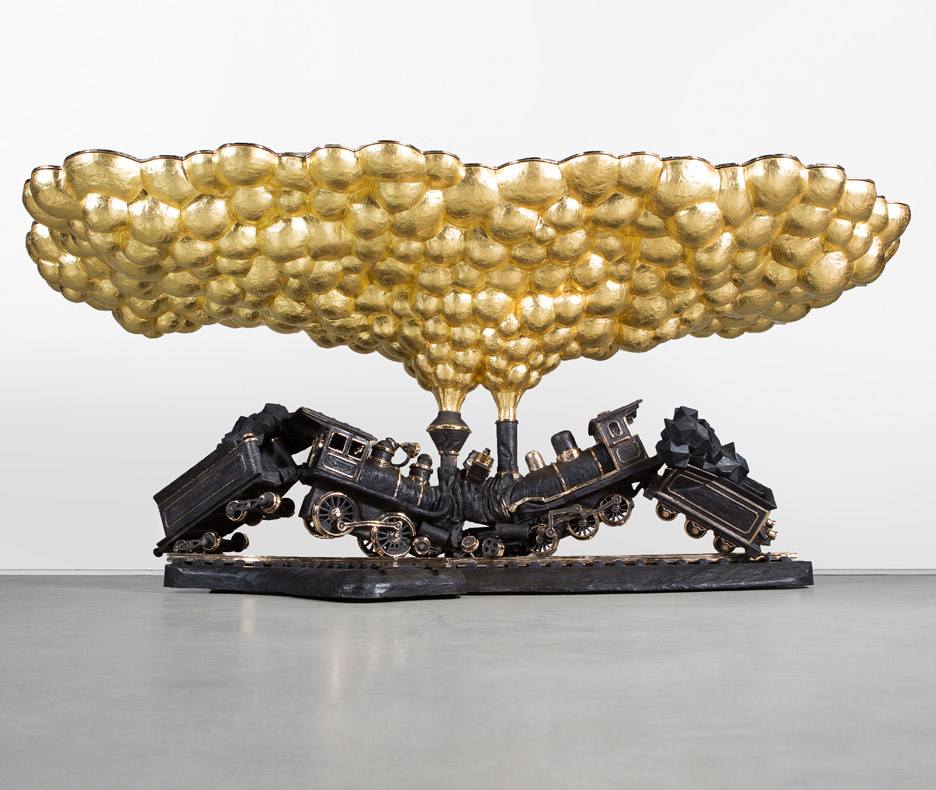 Train Crash is one of Studio Job’s most iconic designs. It’s autobiographical connotation makes it a highly personal piece, as it symbolizes the romantic break-up of the founders. 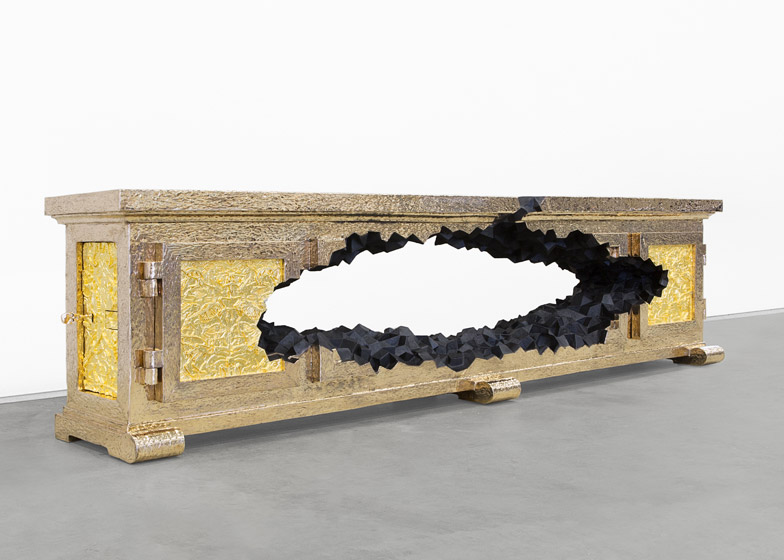 The Robber Baron also sticks to the cast metal look, where texture is accentuated with several finishes. The interior, or lack thereof, features a large hole that looks like the result of an explosion. 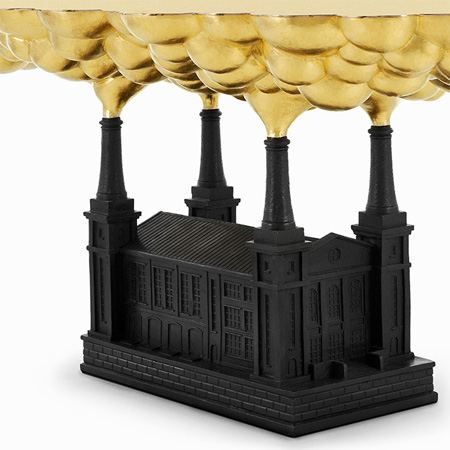 The patinated bronze “factory” belongs to the Robber Baron series. which received wide critical acclamation at Art Basel in 2014. 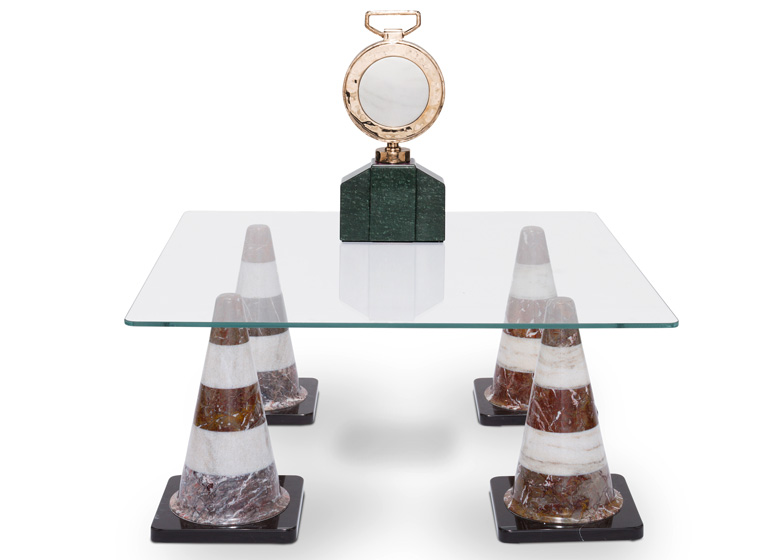 The Detour table finds a similar fantastic expression, recurring to alternative materials such as marble, glass and brass.

YOUR OPINION MATTERS
GET IN TOUCH!

This site uses cookies. By continuing to browse the site, you are agreeing to our use of cookies.